Closing out the weekend’s festivities on Sunday, Limerick Jazz Festival is delighted to host the magnificent Booka Brass. Booka Brass is a group of musicians whose origins span the length and breadth of Ireland. Formed in 2012, they have quickly gone from strength to strength on the live music scene with regular shows in venues all over Dublin, including: The Sugar Club, Whelan’s and the Twisted Pepper, and barnstorming sets played to large festival crowds at Electric Picnic, Sea Sessions and Longitude. 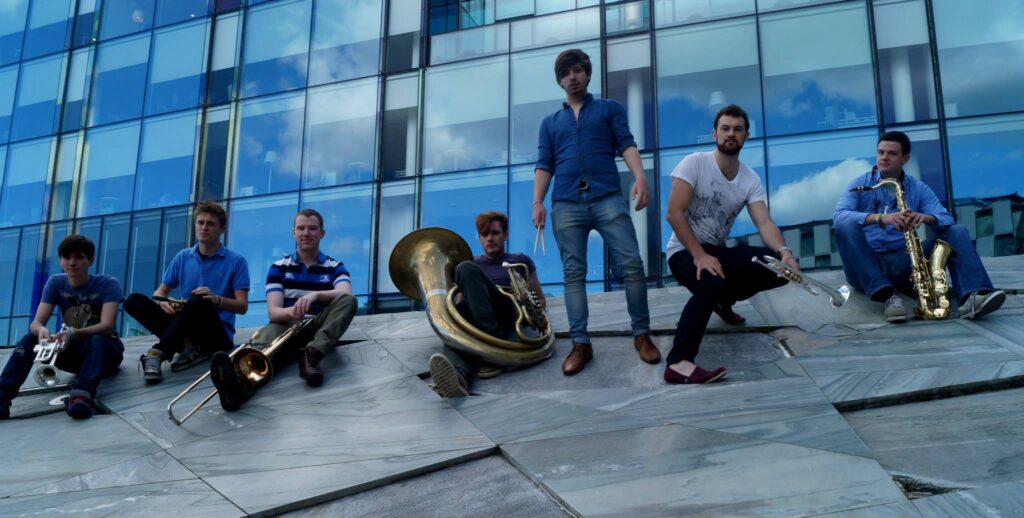 In recent months, Booka Brass have opened shows for the New Orleans based Hot 8 Brass Band, the critically acclaimed Hypnotic Brass Ensemble and the fantastic Imelda May. They have also collaborated with some of Ireland’s biggest acts, including: Jerry Fish, Lisa Hannigan, The Frames and Jape and James Vincent McMorrow. Since the success of their critically acclaimed debut EP: BBB, the band have performed all over Ireland and beyond, with shows at Glastonbury Festival, the main stage at Body and Soul, a headline slot at Knockanstockan and a show stopping performance at the Barn Dance Festival, as well as being invited to play for The President of Ireland in Áras an Uachtaráin.

After numerous sold-out headline shows and star-studded collaborations Booka Brass are releasing their much-anticipated debut album Chilled Milk this September. This ten-track album is full of the bands signature melodies and rhythmic pizzazz. The album is made up of nine original tracks and a raucous cover of American singer-songwriter Jason Derulo’s ‘Talk Dirty’. The band laid the foundations of the album in true Booka Brass and Jazz style by jamming through ideas in a highly improvised setting. Chilled Milk draws inspiration from Jazz greats like Miles Davis and Art Blakey, and Hip-Hop icons like Dr. Dre and Kendrick Lamar. The album’s sound is a fusion of Booka Brass’s classical mastery of their instruments and their understanding and passion for Jazz sensibilities. From melody based tracks like ‘Make That Do Noise’ and ‘Astrocyte’, to groove based tracks like the title track ‘Chilled Milk’ and ‘Trip The Switch’, Booka Brass’ debut album sensitively captures the energy of the band lauded as one of Ireland’s leading live acts.

Booka Brass will be playing the Limerick Jazz Festival, Sunday the 24th of September, @ 14.30, @ Dolan’s Warehouse. 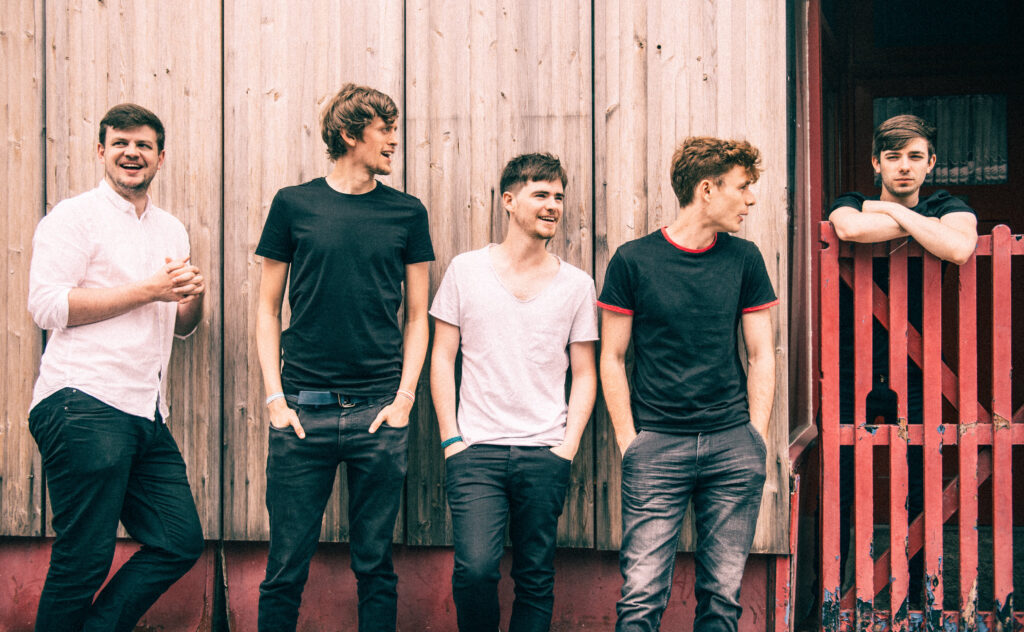 “If you can only take in one new act this festival season, make it Booka Brass Band” – The Irish Independent.

“Not your ordinary brass ensemble, but extraordinary! They’ll keep you dancing all night long” – RTÉ 2FM.

“Their unique take pop music is both infectious and innovative and we’re chuffed that their debut album is coming out in September” – JOE.ie.