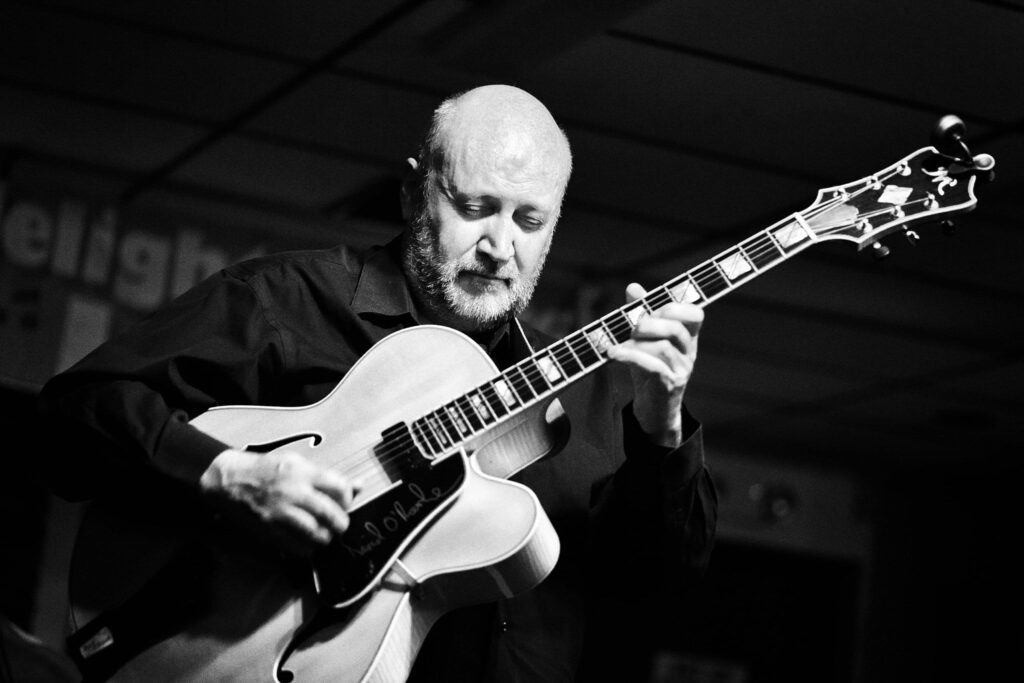 Irish born David O’Rourke was introduced to the US jazz scene in 1982 via Bucky Pizzarelli and Les Paul. Influenced by Pat Martino (with whom he has studied and now collaborates), David has performed with jazz legends Tommy Flanagan, Cedar Walton, Jackie McLean, Billy Higgins, Curtis Fuller, Kenny Davern, Jack McDuff and many more. His arrangements have been recorded and performed by many jazz legends, as well as the RTE Concert Orchestra (Ireland) which he guest conducts. David leads his own 20 piece Big Band (The O’Rourkestra), co-founded and directs NYC’s Jazz Standard Youth Orchestra and the Jazz Standard Discovery Program. For several years he held a 6 night a week guitar gig at The Jazz Standard in NYC, where he continues to perform with his big band and as a first call guitarist.