As early as October 1962, the Reverend John S. Yaryan approached Ellington about performing at the new Grace Cathedral in San Francisco. The cathedral was due to open in three to four years and all sorts of cultural events were to occur there in its first year. It was not until two years later that things such as the date and program were finalized. The concert premiered on September 16, 1965, and was recorded for Public Television. The performance was released on CD as A Concert of Sacred Music Live from Grace Cathedral and on DVD as Love You Madly/A Concert of Sacred Music at Grace Cathedral. The official album on RCA, A Concert of Sacred Music, was recorded at two concerts at Fifth Avenue Presbyterian Church in New York on December 26, 1965. Additional material from these concerts, not found on the original album, can be found on the 24-CD box set The Duke Ellington Centennial Edition: The Complete RCA Victor Recordings (1927-1973). This concert is the only one to have compositions not specifically written for it. “New World A-Commin” and “Come Sunday” from Black Brown and Beige and “Heritage (My Mother, My Father)” from the show My People were performed in it. The song “In the Beginning God” was awarded a Grammy Award in 1967. 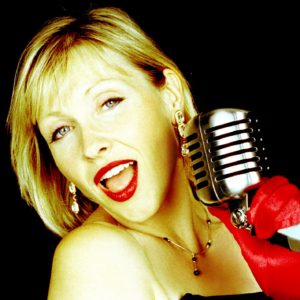 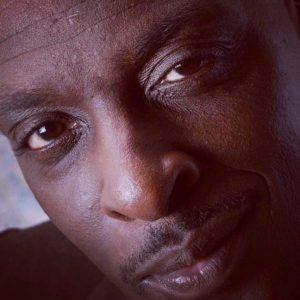 Originally trained in Canada, Pete Churchill has been based in England since 1985. Having completed almost twenty years teaching at the Guildhall School of Music, he is now Professor of Jazz Composition at the Royal Academy of Music in London whilst running the jazz choir at Trinity College of Music.
Tina May is an English female jazz vocalist who has recorded several albums on the 33 Jazz Records label. She lived in Frampton-on-Severn when she was young, and attended Stroud High School. Her albums for the 33 Jazz Records label feature bands including her husband, drummer Clark Tracey. May has also worked with Tony Coe and Nikki Iles.
Cleveland Watkiss is a British virtuoso vocalist, actor and composer. He was the winner of the London Jazz Awards for Best Vocalist in 2010 and was voted Wire/Guardian Jazz Awards best vocalist for three consecutive years
Maurice Chestnut Newark, New Jersey native began dancing at the age of five, under the direction of Mr. Alfred Gallman.  He became a professional dancer at the age of nine as an original member of the New Jersey Tap Ensemble under the direction of Ms. Deborah Mitchell