Guitar Masters feat David O Rourke Joe O Callaghan Hugh Buckley and Tommy Halferty, Four of the best guitar Ireland has produced are coming together in this special one off concert to perform for us as part of Limerick Jazz Festival.

Our Artist In Residence David O Rourke who was born in Dublin moved to the US in 1986 and now resides in New York where over the years gained a reputation not only as a world class player but also as an very accomplished arranger and composer who works regularly with the very best in jazz. 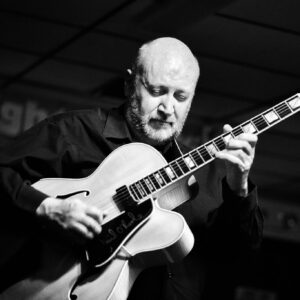 Joe O Callaghan needs no introduction to Limerick and Irish audiences He is without doubt one of the finest exponents of the guitar we have ever produced and iwill his first time playing with David O Rourke. He is also a very talented composer and arranger as well as an top class educator.

Hugh Buckley comes from a very well known dynasty of Buckley/s who have been at the forefront of Irish jazz for over 30 years. He is a formidable force on the Irish guitar scene and runs a regular guitar night in Dublin at JJ Smyths. Hugh has been a longtime friend of David O Rourke’s and is looking forward to this opportunity to play with him 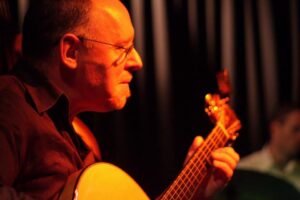 Tommy Halferty was born in Derry, Northern Ireland, he began his musical career in the late 70s taking Jazz Guitar lessons with Louis Stewart, a world class jazz musician. He has travelled the world and played with Lee Konitz, Benny Golson, Ronnie Cuber, George Mraz, Dave Liebman, Martial Solal. He has been guest lecturer at the famous Berklee College of music Boston. At present he is teaching the Degree in Jazz Performance (BAJP) at Newpark Music Centre.Tommy was presented with the “Best Irish performer” award at the Derry City Jazz Festival 2004. 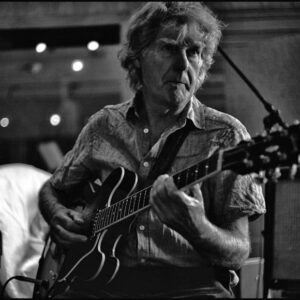 They will be joined by rhythm section Peter Hanagan Bass and John Daly Drums. A great afternoon is in store when these four musicians take the stage. 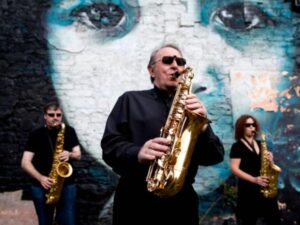 Limerick Improv Little Big Band is made up of some of the students who have been coming to our Improv lasses for several years which includes its founder Ed Hansom who has done so much for jazz education in Limerick and the Midwest It will be directed by one of Limerick’s most well know musicians, arranger/composer Bryan Meehan and will feature some great numbers from the big band era.