Since their formation in 1996 Partisans have been thrilling audiences the world over with their ferociously energetic performances of tightly knit themes and with great freedom coming from their years of playing together. Hailed as breaking the ground for the new wave of British jazz in the late 1990s and described by BBC Radio Jazz on 3 as “One of the most exciting all star experimental groups in jazz today” Partisans is co-led by two of the preeminent musicians of their generation, Phil Robson (guitars) and Julian Siegel (tenor sax & bass clarinet), the quartet’s line-up is completed by Thaddeus Kelly (bass) and Gene Calderazzo (drums). Partisans are real band – known for bridging the gap between New York Swing, European Improv and UK Rock, the band has developed a distinctive sound of its own where the combination of each member’s influences feeds a genuine creative spark generating huge excitement and energy.

“Partisans present some of the most refreshing music I’ve heard in a long while, uncompromising, very well written and very well played. It demands serious attention. I hear in these players a sense of common purpose and resolve, and a strong command of a dialect uniquely suited to this music. It’s heartening to hear music that looks to find its own particular place.”

The richly lyrical and strongly melodic compositions written by Robson and Siegel provide the framework and starting point, underpinned by the rock solid, freewheeling and supercharged rhythm section of Kelly and Calderazzo. Their critically acclaimed new album ‘Swamp’, released in September 2014 on Whirlwind Recordings pumps their groove- based sound with viscous voodoo, Hi-Life romps, burning post bop, no messin rock outs and heavy hooks, leaving plenty of room for the melodic and lyrical to sweeten the ear. 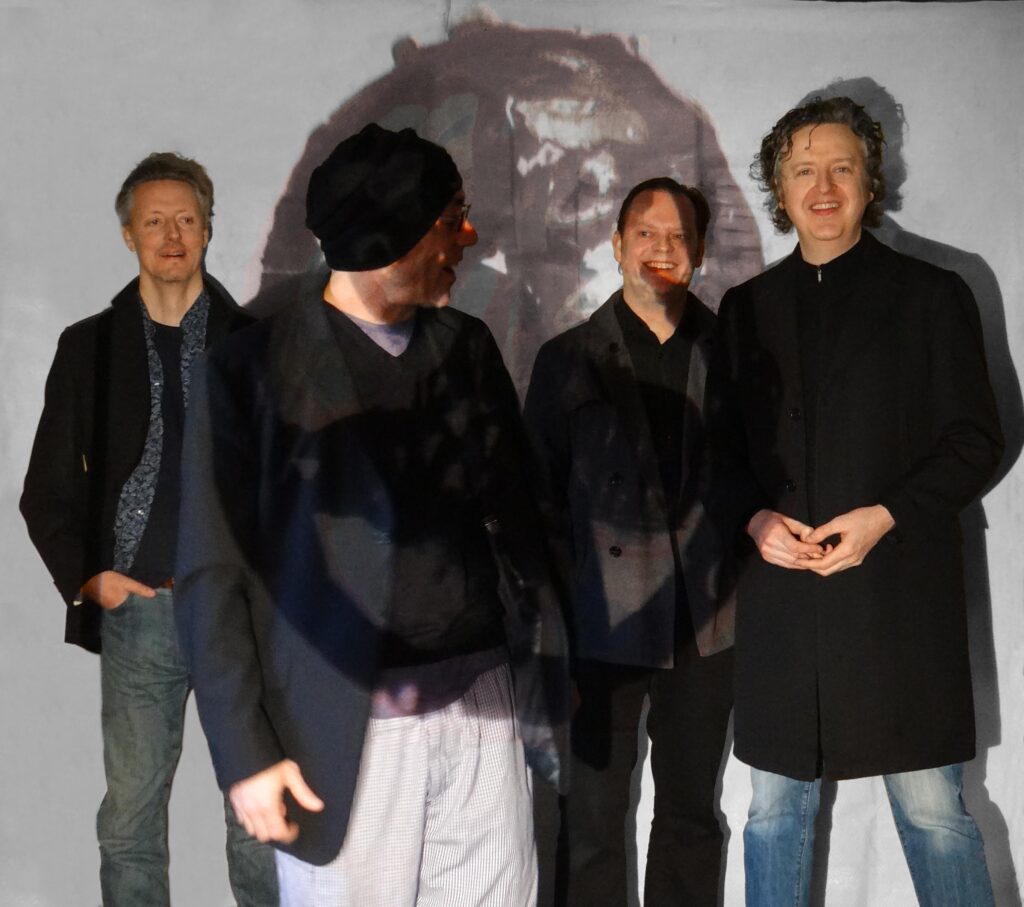 With years of touring around the globe and a cult following in their native UK, Partisans have released five albums to date: ‘Partisans’ (1997 EFZ), ‘Sourpuss’ (2000 Babel), ‘Max’ (2005 Babel), ‘By Proxy’ (2009 Babel) and ‘Swamp’ (Whirlwind 2014). In June 2014 Partisans were selected by the UK organisation Jazz Services to play in the ‘Made in the UK’ series of showcases at the Xerox Rochester International Jazz Festival. The band followed this prestigious gig with a major tour of USA and Canada playing at International Jazz Festivals in Vancouver, Ottawa, Montreal, plus gigs in Toronto, Wayne Horvitz’s ‘Royal Rooms’ in Seattle and two shows at Dizzy’s Coca Cola Jazz Club in NYC. Autumn/Winter ’14 has seen the band on a major UK tour including sold out gigs in the EFG London Jazz festival and the Marsden Jazz festival, plus an invite to play the opening gig of the Tampere Jazz Happening in Finland.

“Everything from African and Caribbean influences to modernistic expansions of the jazz tradition and, when the group rocks out, doing so with complete and utter authority and credibility… An inimitable style that seems to get better every time.”

– All About Jazz (live review of Ottawa Jazz Festival)